Changing careers midstream can be an enormous task. After years on the job, many people let self-doubt deter them from considering another career. Having spent almost 15 years embedding himself in the restaurant industry, Nick Law was in a similar situation. He was tired of the long hours, lack of benefits, and a rigid schedule. Nick knew he wanted a change, but wasn’t sure of what else to do or where to look.

Nick began in the restaurant industry during high school when he took a job at a restaurant. He realized he had a natural gift as a people person and was able to engage large groups and make them feel welcome and comfortable. These natural talents served him well in this line of work.

After graduation, Nick decided to pursue a four-year degree. But, after one year, he realized he didn’t know what sort of degree he wanted to pursue. Already in student loan debt and facing the cost of another 3 years of tuition, he decided that a traditional college program was not for him. Nick left college and told himself he either needed to find something else or start taking his restaurant work seriously. He decided on the latter and buckled down. 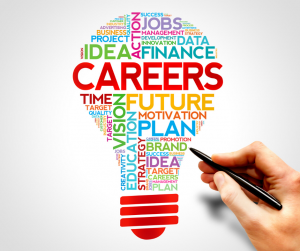 Nick’s hard work paid off. He started receiving promotions to head server, shift supervisor and assistant manager, even being promoted to general manager. But the long hours made it hard for him to find a good work/ life balance, and he found himself wanting a change.

In a conversation with his brother, who was a sort of mentor to him, Nick heard about MAX Technical Training for the first time. The idea of working as a software developer intrigued him, but after so long in the restaurant industry, he found it easy to be skeptical that he could change careers at this point in his life.

Nick attended an open house and was surprised to discover that he felt that this path was a viable option for him. After several more meetings with the MAX staff and potential employers who regularly recruit Bootcamp graduates, he took (and aced) the aptitude test and decided it was time to commit to changing careers.

The biggest obstacle to overcome was the cost of Bootcamp. While far less than traditional college tuition, Nick knew he would have to be creative to find a way to cover his expenses. While there are financing options available through MAX, he was able to secure a private loan from his family. In addition to Bootcamp tuition, there was also his normal everyday expenses that would need to be covered. Nick opted for MAX’s part-time Bootcamp, which would allow him to continue working on the side.

“When I talk to others considering Bootcamp training, the most common issue they have is the money,” said Nick. “I was lucky to be able to receive a loan from my family, and also that I had 14 years of experience as a server and could find a part-time job at almost any restaurant. But that’s just what worked for me. There’s no single answer that will work for everyone. For me, I realized this training was an investment in myself; so I got creative and found a way to make it happen.”

Nick’s Bootcamp finally began. Life was busy, even hectic at times. There were times he felt he was in over his head, but he kept his head down and eventually his persistence paid off. Nick began to see a light at the end of the tunnel, and when his class demonstrated the projects they had completed and received their diplomas on Demo Day, he was able to meet with several potential employers immediately following the graduation. The natural people skills that Nick had honed during his restaurant career, combined with his Bootcamp diploma, paid off in spades. Within 26 hours of his graduation, Nick had a written job offer to work as a software developer for Ascendum Solutions. Today, Nick does work ranging from web to mobile development for Fortune 500 customers.

“Coming from a career where I was working 50-70 hours per week without time off or health insurance, the change in my life since Bootcamp has been night and day,” said Nick. “I recently had the experience where a friend asked me to go on a trip with her. My initial reaction was ‘I can’t miss work,’ when I realized that this was something I could actually do now in my new job. I now have a life in a way I didn’t before, working in an industry where companies make employee retention a top priority.”