Choosing one of these very different paths each has its pros and cons.  It comes down to a number of factors, including cost, time investment, career goals and employment opportunities.

There is no question that a Coding Bootcamp is faster and cheaper than getting a computer science degree.  The average tuition is less than what you will pay for a year of a traditional college education at many institutions.  Coding bootcamps are also measured in months rather than the four years it takes to get a Computer Science degree.  But speed and cost aren’t the only things to consider.  When choosing a bootcamp, it’s important to research what exactly will be taught and to know how valuable that knowledge will be in the job market.  A bootcamp graduate who has been recently trained on a new or recent language at a respected bootcamp should find employment quickly.  However, it’s important to look into how various bootcamps are viewed within the industry.  Check out tech websites and blogs that are independent of bootcamps themselves and ask around the industry if you can about which languages and skills are in demand and how specific bootcamps are viewed.  You should get an idea pretty quickly whether a coding bootcamp is a good choice for you.

Companies such as Apple, IBM, and Google no longer require a college degree.

All universities have different programs, but it’s generally accepted that a Computer Science graduate will be exposed to more knowledge than just coding and vocational training during the four-year degree process.  Theory, hardware, data security, networking, business and management classes and more are available to make a Computer Science graduate a more attractive candidate for an employer.  The institutions are also accredited, meaning that a graduate can return for an advanced degree like a Master’s or Doctorate which greatly enhances salary and employment prospects.  Starting salaries for college graduates are also slightly higher.  Before choosing the college option, do your research and make sure that the courses offered are keeping up with current technology and that the courses line up with your chosen career path. 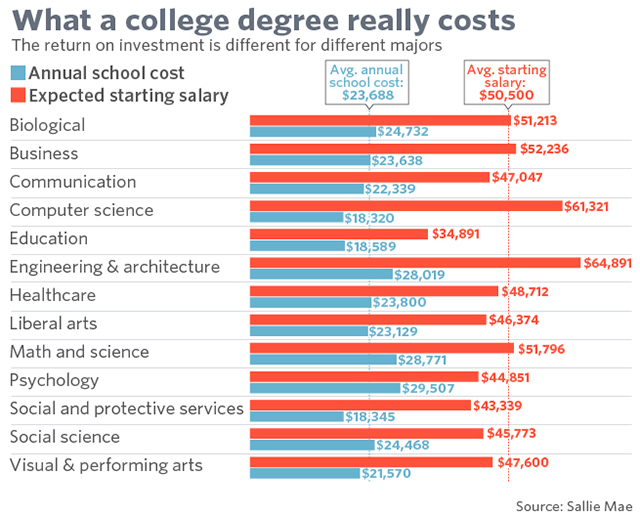 It’s also a good idea to do some research on the employer you wish to eventually work for.  Find out where the majority of their talent comes from and ask current employees if you can.  Choosing between Coding Bootcamp and a computer science degree is a big decision.  Remember, Choosing one of these very different paths each has its pros and cons.