You’ve heard the statistics and the success stories.

The idea of a coding boot camp sounds great.

But what are the job and salary prospects?

What do employers really think of coding boot camp graduates? 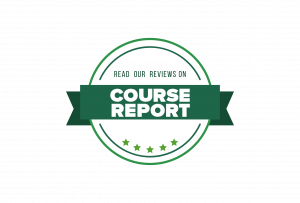 According to coursereport.com, an alumni review website, 821 graduates from over 40 coding boot camps responded to a survey.  The average coding boot camp graduate increased their salary by $21,000 a year and the average starting salary was just over $64,000.  By their third coding job in their career, coding bootcamp graduates were averaging $83,000 in salary.  Most graduates took between one to six months to find their first coding job.

But not all coding boot camps are created equal.  Research is important to make sure that you are in the right program and at the right boot camp to give you the education and training that you need to be employable.  Max Technical Training has coding boot camps for Java Developers and .NET Developers.  Both are in high demand in the IT industry.  Java is one of the most used programming languages in the world and has been for almost 25 years.  It’s everywhere, and qualified coders who know their way around Java are always in demand.

.NET is a software framework developed by Microsoft.  It’s everywhere too.  And good, solid coders who know how to make it work for them earn both respect and good salary.

11 weeks and your determination and commitment can make you part of Max Technical Training’s 93 percent job placement rate.