Looking for a new career in 2019? With technology opening up unlimited possibilities, it’s never been a better time in history to change careers and reinvent yourself. Having a four-year degree is no longer a requirement either. People at all stages in life and varying education levels can create a new path for themselves. There are multiple reasons to change careers, from projected industry growth to higher earning potential. No matter the reason for switching, a job in IT could be a game changer for you in 2019.

According to CBS News, 7 out of the 10 Americans in the workforce do not have a college degree. Luckily, in fields with high demand for workers, such as tech and healthcare, only some level of education is needed to have a budding career in promising industries. Career Builder says employers are hiring for skill in these industries versus valuing a piece of paper.

Although some still prefer college degrees, employers are looking for core competencies regardless of how they are attained. Two-year degrees and training programs for jobs in the healthcare and tech fields are becoming popular for this reason. They require less time and investment than traditional four-year programs and often yield better results, in terms of finding a rewarding, well-paying job.

For example, Computer Software Engineer is on the top 10 list of most in-demand jobs put out by Thejobnetwork. According to the U.S. Bureau of Labor Statistics, the average salary for a software developer is $102,280. The demand for developers is expected to grow faster than average, by more than 17% by 2020. Programmers are paid well, in-demand, and have lower than average stress levels, making it an appealing career move for anyone.

For those without a college degree, a coding bootcamp can provide the education and skills needed to land a job in the IT industry in just three months. For a fraction of the cost of a four-year program, a coding bootcamp provides a quick return on investment. 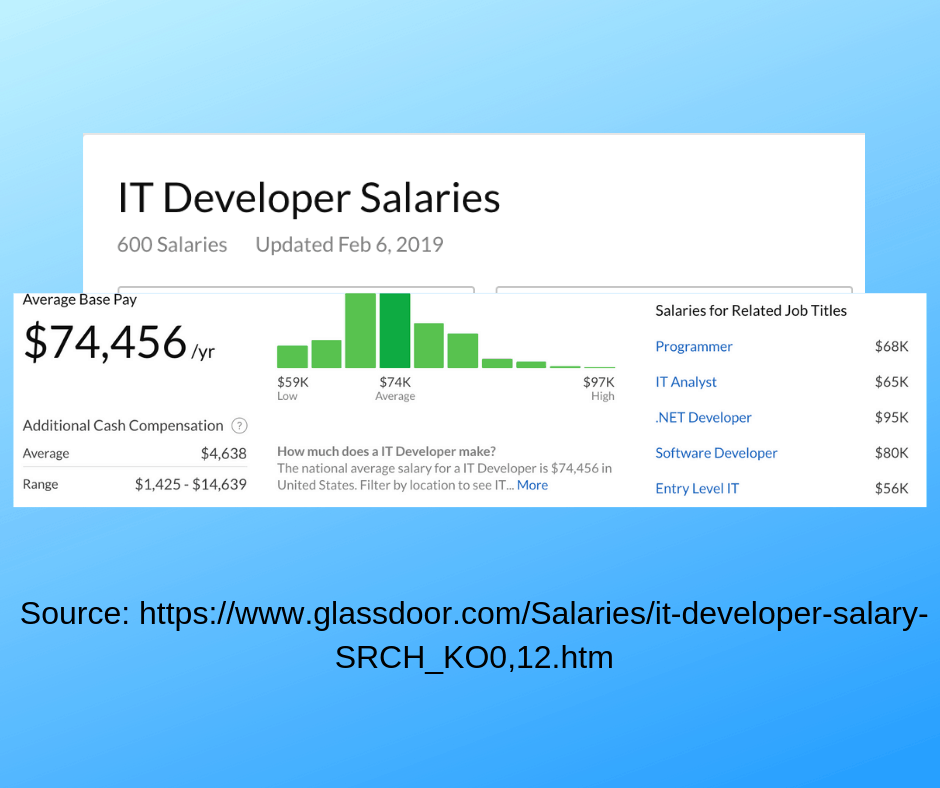 A coding bootcamp is also a great alternative to seeking a four-year degree straight out of high-school. Due to the rising cost of higher education, trade schools, bootcamps, and other certification programs are becoming increasingly attractive to young people. Recent high-school grads can save money and time by going through a bootcamp and begin making money faster than their peers.

America is a land of opportunity, and we are now seeing those opportunities spread to those without a college education. It does not always make financial sense to get a four-year degree, because higher education means higher debt.

In an industry like IT, there is an opportunity for everyone. Whether you’re a high-schooler contemplating career options, or an experienced professional desiring a career change, a job as a computer programmer can be a fresh start for you. By enrolling in three-month long coding bootcamp, you can quickly attain the knowledge and skills needed for a fulfilling career in a growing industry with high-earning protentional.